No, this is not what being retired is like 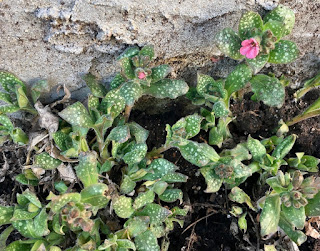 I was standing outside a grocery store 2 m away from a couple in their late 30s. Though you might think that at that distance I wouldn't overhear an intimate conversation, they were speaking loudly enough. Their sense of the space around them was quite large. She was cajoling him to stop complaining about feeling depressed because he had nothing to do. He said that if this was what retirement was like, he was going to work forever.

I thought, good. I sometimes wonder how much of a burden the disproportionately large number of ageing baby boomers will place on those still in the workforce. We need work-automatons like this.


But I also thought, no, this is not what retirement is like.

Personal footnote: I'm retired from what used to be my paid job where I had to present myself at a certain hour and stay there for a specified period and do tasks five days a week. Now that I've retired from that job, I'm even more busy as a writer--but I write at home and I follow my own schedule. I can work in my comfortable office, at the kitchen table, in bed, even outside when the weather allows. I still work but not everyone understands that kind of work. I don't think this couple in the grocery store lineup would. It's easier to say I'm retired.

So, yeah, retired. When you're retired, you have your days free to see friends, have people over for supper, take a course or a workshop, learn a new language, a musical instrument, walk through a museum, brew kombucha, see a play, try on shoes at Winners, read stories to kids at a library. (Some of which we can't do now.) It depends on what you want to do and what your interests are. It's a good idea to think about that time in your life before it comes.

I hope this couple develop some interests before then--because she, too, admitted she was depressed because she had nothing to do. Nothing nothing NOTHING. Kicking ground with toe of shoe.

A single shopper left the store and these two made to meander inside but they were told only one person please, and it turned out they couldn't because they didn't know what they needed, what they wanted, why they were there.


The pink flower is the first to bloom against our back wall. I don't know what it's called. It made its way under the neighbour's fence and under paving stones to come up in a sunny patch. How did it know there would be a sunny patch at that distance--which was larger than 2 m?