the sound of farts

I was out walking yesterday, wanted to eat the sandwich I'd brought along, sat on a low wall. The stone was cold and I remembered how my mother used to warn me that I would get Blasenguitar if I sat on cold stone or concrete, which I suppose I did frequently because I heard the word often enough. My mother spoke German when she arrived in Canada. She learned English quickly--English because we lived in Ontario--though the odd German word persisted. To this day I'll bet my younger brothers, who do not speak German, know what a Kehrschaufel is because that was the only word she used for dustpan. 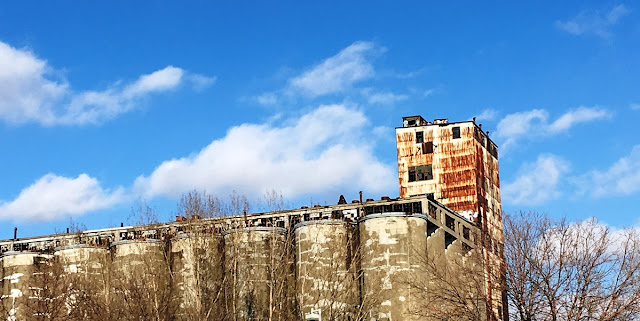 Although I was often warned about getting Blasenguitar and I understood from the way she said it that it was painful and I would be sorry, she never explained what it was. I knew Blasen meant to blow. A guitar wasn't an instrument you blew into but there was a hole where one could? There was no guitar in our house for me to test. Also how, without a guitar, was I going to get Blasenguitar? Since it would happen when I sat on cold stone and blowing was involved, I finally wondered if it was going to affect how I farted. To sound like a guitar?

Note that I didn't worry about it. Blasenguitar seemed like other parental warnings to be ignored. But I wondered what the word meant. 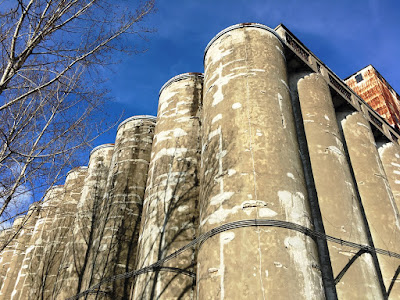 Decades later I was in Austria when I heard the word, Katarrh, used to refer to a cold. I remembered the old bogey monster and heard it anew as Blasenkatarrh. The verb to blow might include a thing that could be blown. Somewhere I'd read a novel where boys played with a pig's bladder filled with water. I had to be almost middle-aged to understand that sitting on cold stone might give me a bladder infection. 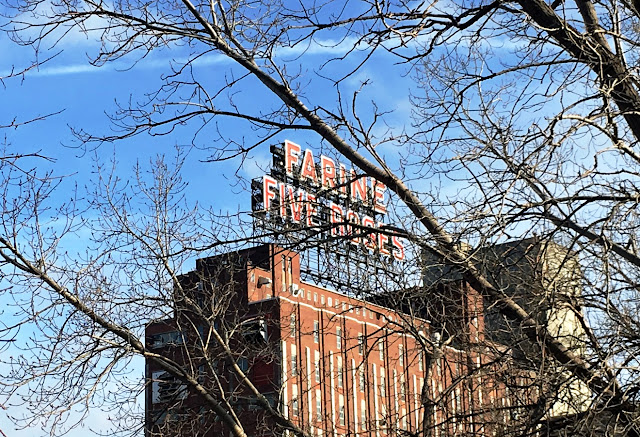 Pics taken while walking from Old Montreal to the Pointe--with a view on the FARINE FIVE ROSES sign that's not visible from this angle when the trees are in leaf.
Posted by Alice at 9:55 PM