How you get shingles 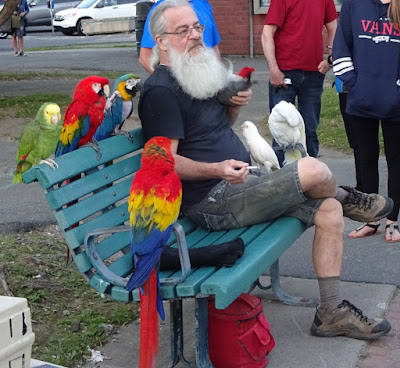 He was sitting on a bench talking about the different personalities of his bird companions. You don't want to mess with the larger, colourful ones. They're bosses. They expect respect and they'll bite when they don't get it. But the smaller white ones are biddable and crave affection. They combed his beard and drank from his mouth. Does that obedience and love for him make them less likely to be respected than the more independent birds?

He talked yin/yang and life balance.

Saturday evening in Magog, rock music blasting from a bar, laughter and clanking of dishes because all the restaurant windows were open on a fine June evening, and I was listening to Bird Man talk about life balance.


My life balance these past two weeks has been dealing with getting over the mess following sciatic pain down my left side and bingo! sprouting shingles on my right side. Lower body, upper body, left side, right side--not sure how to sit or what position to sleep in that wasn't going to hurt. Since I guessed I might have shingles as soon as I felt tingling and discovered a rash, I saw a doctor and started anti-viral medication promptly. I think I'm past the worst of it. I still get the occasional chills and I have an ugly rash, but I can't say it was painful--certainly not a scratch on sciatica.

Here's Lac Memphrémagog where we went last weekend for us both to relax. I love the view of the receding hills into Vermont. R had a long bike ride. He and I had a more meandering kind of walk together. 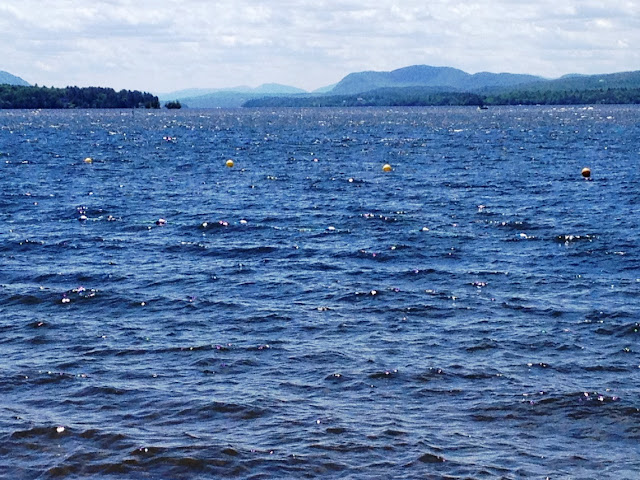 What's been interesting about the shingles has been people's reactions--not helped, I must admit, by my own ignorance. The doctor told me that I was not contagious until the rash made blisters, and even then *only* contagious if someone had direct contact with the oozing. That would mean that a person would have to reach under my shirt to touch my rash, once I had oozing blisters. Because I didn't want anyone who I was going to see to feel I put them at unnecessary risk, I told them I had shingles--assuming that they would also understand how absurd it was that they would be touching me under my shirt.

However, the word shingles was enough to keep them at bay--which makes me wonder what happens when even weightier words are used. 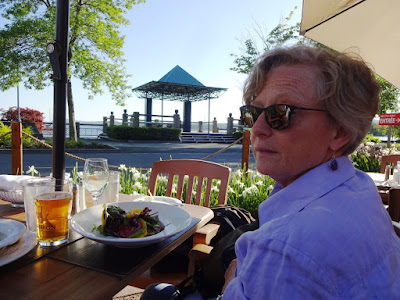 When I saw the doctor, what he didn't specify--I guess he thought I knew--was that even if someone were to touch the oozing blisters, THEY COULD NOT GET SHINGLES FROM ME. That's not how you get them!

If you have had chicken pox, you have the shingles virus in you ALREADY--and *you* can get shingles at any time if your immune system is weaker. That's right, you. Nothing to do with me.

You cannot get shingles from someone else, even if you touch their oozing blisters.


What you can get, if you've never had it, is chicken pox. That's all. And again (have I said this often enough?), assuming you reached under my shirt and touched my oozing blisters.

Thank you to the friend who did some research and sent me this link.
https://www.healthline.com/health/shingles-contagious#how-it-spreads

Since I don't want to give chicken pox to anyone who hasn't already had it, I am keeping my torso well covered so as not to tempt anyone to fondle my alligator-skin rash which, I'm sorry to disappoint any oozing-pustule fetishists, is already fading. 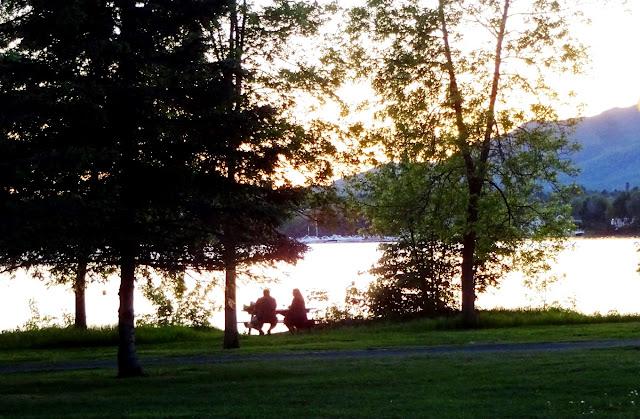 Email ThisBlogThis!Share to TwitterShare to FacebookShare to Pinterest
Labels: are shingles contagious, germaphobia, how you get shingles, shingles