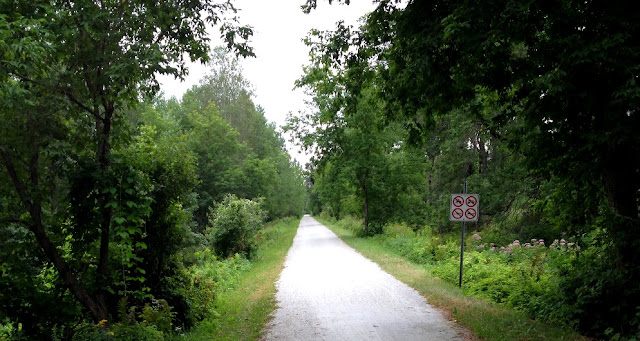 Screw the cartoon-lightning-zigzags in the forecast this past weekend. We piled our bikes in the back of a rented car and headed to the Cantons de l'Est aka Eastern Townships. It's about 1 1/2 hrs from Montreal. 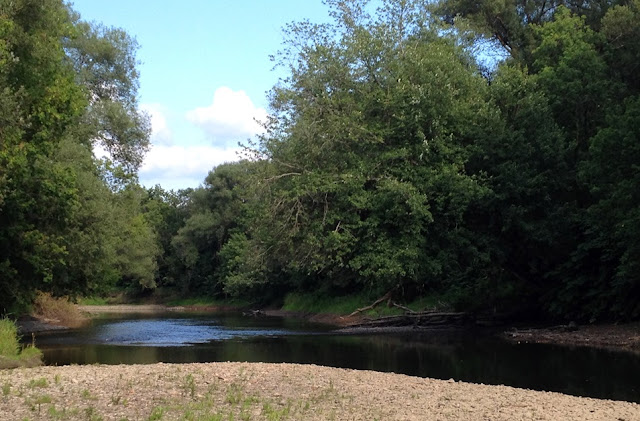 Since the sun was still shining when we got to North Hatley, we went for a spin. The bike path follows the Massawippi River through rolling hills, past farmland, banks of wildflowers, even an old copper mine. 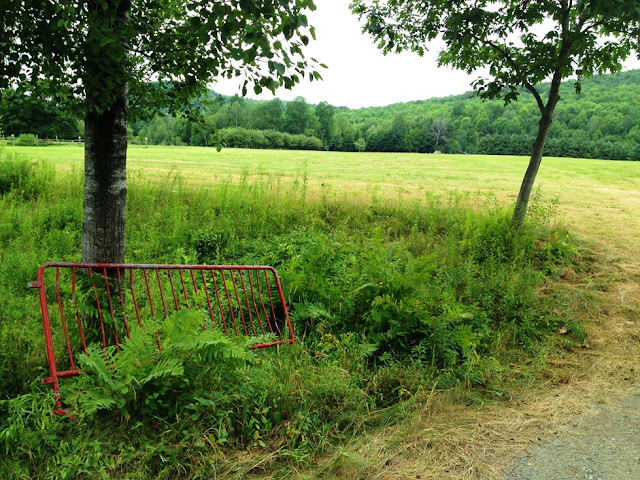 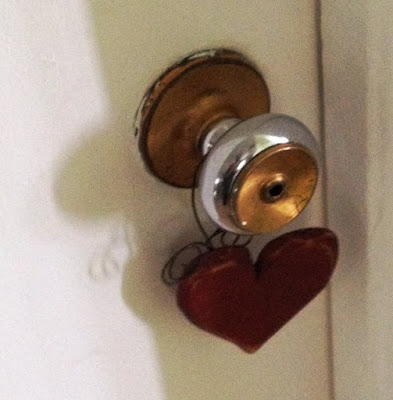 We'd rented an Airbnb that was advertised as a vintage bungalow. Given that we're in 2017, vintage could mean... a king-size waterbed with disco lights? A chrome and Arborite dining set? Vintage is a broad term. We were staying in North Hatley which is not cheap, and this bungalow was not expensive.

It was a white clapboard cottage, maybe once a small farmhouse, with a wide porch and a very friendly dog tied to the neighbour's clothesline. All wiggly and delighted at the prospect of company, she defied architectural geometry to scramble onto the porch of the vintage bungalow. We never saw the neighbour. R left a note for the Airbnb woman saying that we'd have liked to know the dog's name. 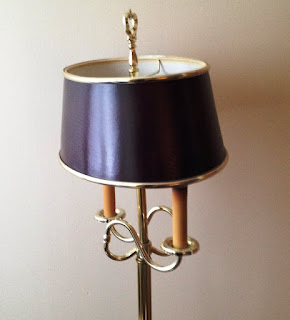 In this cottage/bungalow vintage meant garage sale bargains. Not finds, bargains--because items were already showing signs of wear and tear. Or were broken. The owner didn't want the strangers renting her place to damage anything. The soup ladle was already dented, the bedroom curtain torn, the mismatched chairs wobbly. The furniture was covered in sheets and blankets to keep it clean, but also--I looked under the blankets--because it was threadbare and patched.

There was a certain charm. The house was spotless. Impeccable. And she'd made one important investment: a first-class orthopedic mattress.

The next day the sky was overcast but there were still no cartoon-lightning-zigzags, so we set out to cycle to Sherbrooke. I took a rain jacket and kept a change of dry clothes in the car. The dry T-shirt was useful on the way back, since I donated the sodden T-shirt I was wearing when R wanted a rag to wash the muck off our bikes before putting them back in the car. But I've jumped ahead. 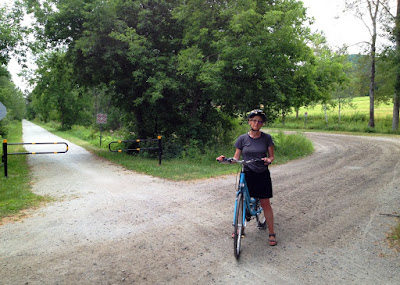 We knew from previous visits that there's an excellent patisserie in North Hatley. For breakfast I had not only a croissant but a pecan danoise. What is a pecan danoise? Creamy pecan pie filling enfolded in buttery flake pastry, the top studded with pecans. This is Quebec where pastry is pastry, not bread.

Energized, we set off on our bikes. We stopped along the way to look at a shingle farmhouse, walk across an old bridge, watch kids playing volleyball. 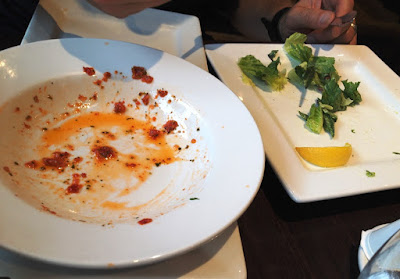 R said it was only a passing shower, but it wasn't passing. Coffee turned into lunch. The sky leaked buckets. Puddles spread into ponds.


We decided to strap on our helmets and head back. As a man watching us said, "Might as well go since you have to."


You know those hypnotic rainfall videos people play to put them to sleep? That's how much it was raining. Cold rain too. I didn't see any cartoon-lightning-zigzags, but I couldn't see much. I don't have windshield wipers on my glasses. I was trying to stay upright and keep the knees pumping. I did hear the thunder. Rolling, booming, inevitable thunder.

What kept me going? I was thinking about the whirlpool back at the bungalow. 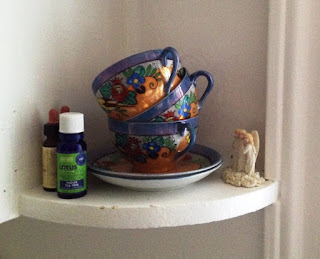 That, like "vintage", was part of the advertisement. Un bain tourbillon.

In reality it was a bathtub equipped with spurting jets. While I was cycling, soaked through and chilled to my bra, the prospect of anything hot was a much-needed dangling carrot. Over the smashing, dripping, Noah's Ark rain, I shouted to R that I wanted to stop at the general store when we got back. The general store in North Hatley is one of those old-style places where you can find everything. I hoped for lavender bath salts. I found mint epsom salts. Close enough. 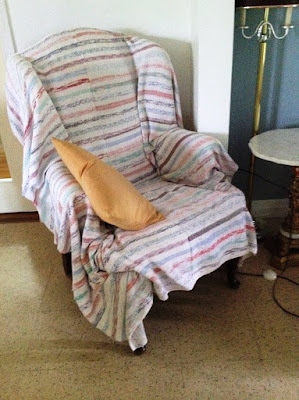 You're thinking I was exaggerating about the sheets and blankets on the furniture?

You can see the linoleum tile floor too. That is bona fide vintage. 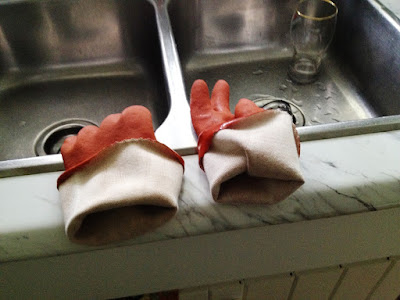 How about the gloves left well in view to encourage us to keep up the cleaning?

Oh, and this note--in French and English--posted over the toilet. 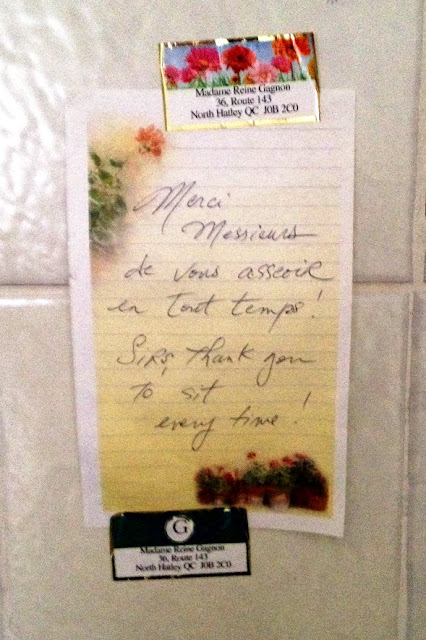 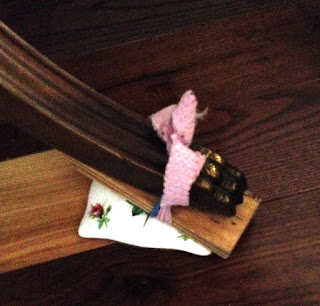 We now know the dog's name. Are you ready? It's Sky-Skyla-T'es-Belle. I kid you not. Some things cannot be made up. Sky-Skyla-You're-Beautiful. Maybe Belle for short?

After my epsom-salt bain turbillon, we went for a beer and a walk by Lake Massawippi. 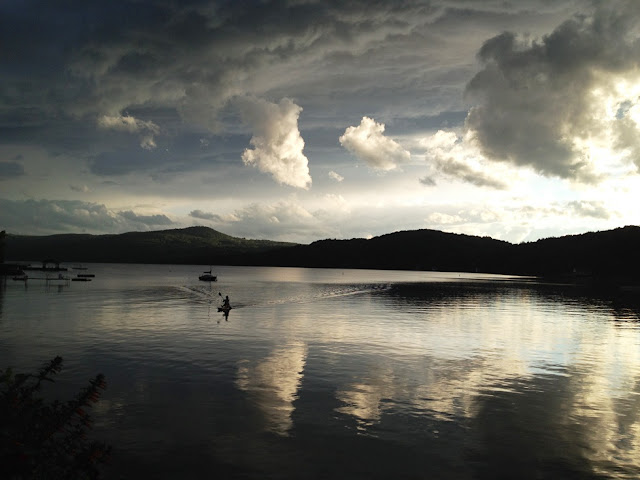