Here's me having my morning tea by a small fire. It's not cold enough to warrant having a fire, but when I'm in Montreal, I so often think of sitting by the fire with the sea out the windows. 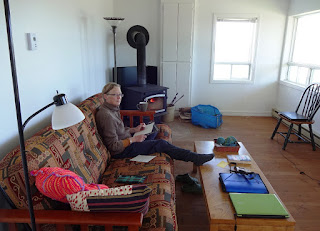 And here's R who is never modest about having a huge bowl of porridge when he's by the sea. Note that it's not really warm enough to be wearing shorts, but he wears shorts on principle because he's on vacation and we're by the sea. 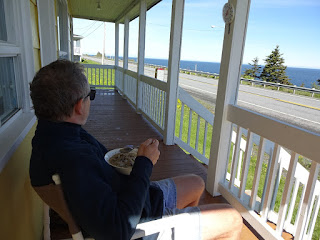 We escaped Montreal for a few days. Followed the #20 past Quebec City until we picked up the #132 that follows the shoreline of the St. Lawrence River. First there are mudflats, then rockier flats, and the river keeps getting wider till we don't see the other side. 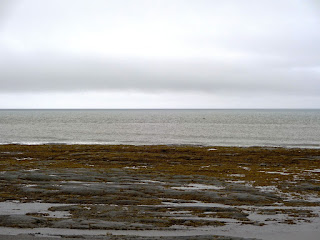 We keep driving into the Maritime mist and the land bulks up as the shoreline grows rockier. 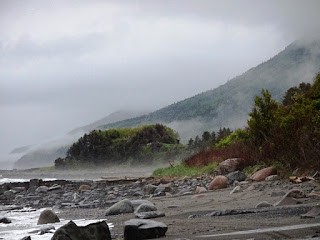 To get a true sense of the scale of landscape to human, here's R walking down on the beach. That's the same #132 that curves around the base of the mountain. 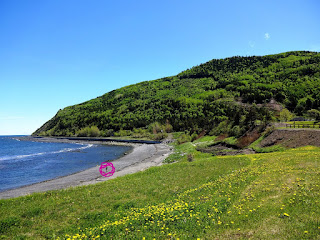 My Alpie forebears would object to calling this small hill a mountain, but I think one should respect that what's no more than a small rounded hill in 2016 used to be a bona fide mountain. This range belongs to the Appalachians that cross the US border into Canada at Maine. Up on that slope you can hike along the International Appalachian Trail.

We had a few good walks and explorations. 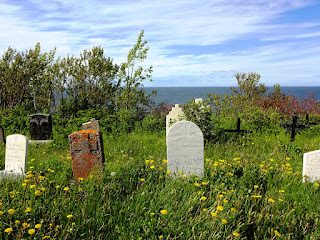 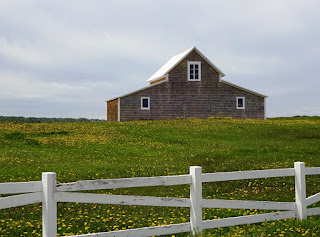 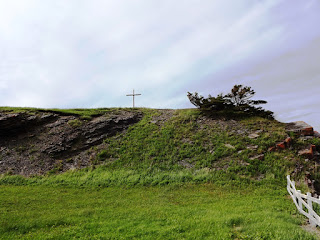 Did you say crab pots? 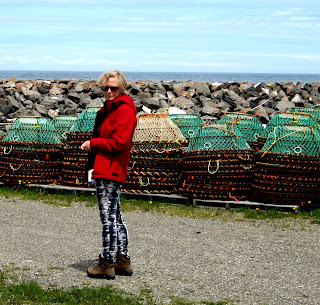 Spring run-off was still heavy and some of the paths we usually take were blocked by streams. Here in the woods, the path had turned into a stream. As I picked my way along on the wet-spongy middle, I saw a moose had done the same--like me, only five times bigger and heavier, mincing along. 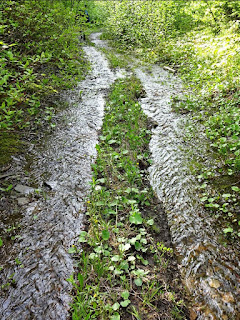 Fields of dandelions and forget-me-nots. 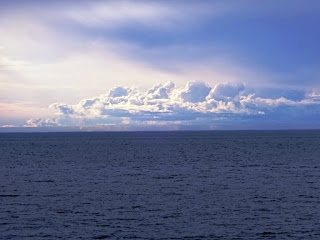 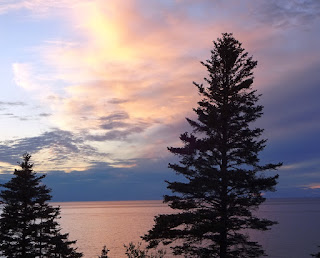 Back at the house, work progresses slowly. The upstairs is still a work zone. We've got a clean corner where we sleep. 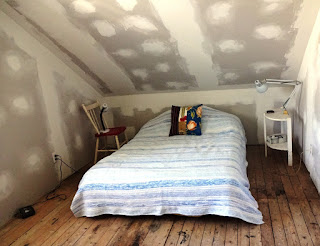 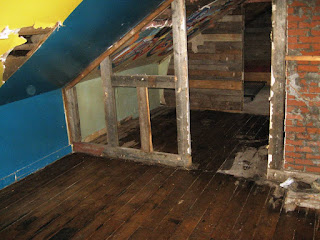 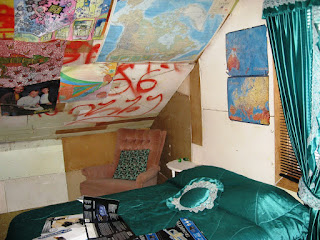 I never mind coming home to Montreal, because I love it here too. But I always look forward to when we can go again.