Before the rain started today, I hustled over to the garden to get arugula to make pizza for supper.

On the way I saw a U-Haul backing up to an apartment building. Cheap construction, poorly maintained. When I used to work evenings and walked home from the subway at night, I took a longer route to avoid walking past that building. I'd seen baggies and money change hands in the doorway. Been accosted by strung-out tenants. One, on the third floor, liked to drop his bag of garbage out the window to the sidewalk. Now and then, a startled woman in a sari would be herding a child inside. 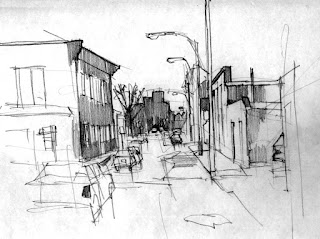 She's since moved away. I haven't seen any drug deals for a few years. The building is altogether quieter as the neighbourhood changes. Since last summer two older fellows have started sitting on the doorstep on sunny days. They smoke--cigarettes--and drink cans of pop. From their angle, low to the ground, they eye the legs that pass, but that's as threatening as it gets.
Today, a woman in her 40s--excitable, hair frizzed blond--was moving in. She had a gang of friends helping. The U-Haul was backing up at an odd angle--not to the door but a first-floor window. It had been slid open as wide as it could, which wasn't very a wide. She shouted for the driver to stop backing up so I could pass on the sidewalk.
On my way home, half an hour later, the move was finished. I could hear her in her new apartment talking loudly to her friends, deciding where things should go. 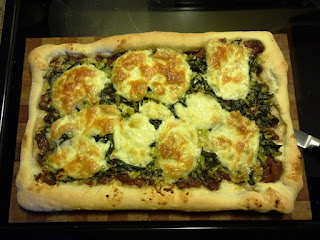