I've fallen behind with blog writing because I've been writing. Or trying to.

I had this astounding month in Austria with all kinds of experiences I could blog about--visiting with family; staying in houses stuffed with ad hoc statuary and gold leaf and no end of surprises 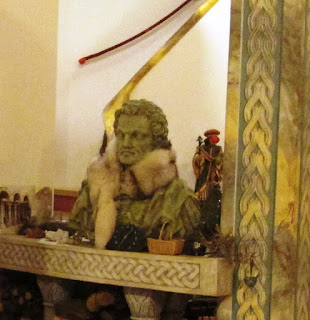 A Roman senator with a mink collar 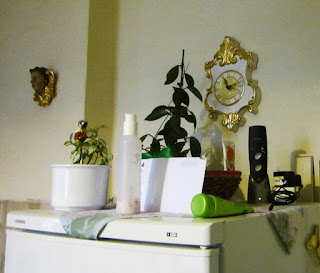 A gold-leaf clock over the fridge 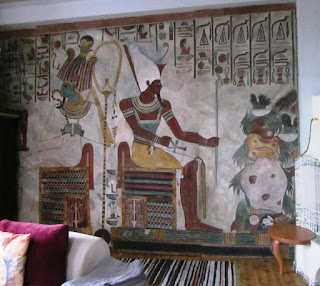 I went hiking and cycling around mountain lakes. 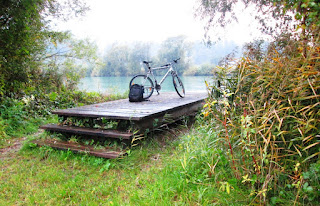 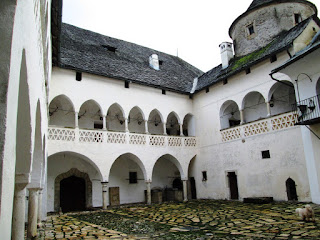 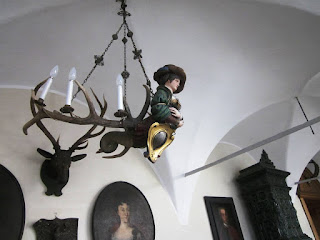 Innumerable interesting details. This chandelier would have been lit with real candles at one time. The little man is not added. He's part of the antler carving.

In Vienna there was Klimt, the Prader, cobblestone streets, fountains so large you could drown a Japanese car in them, the Institute of Conservation where I had a letter of introduction.

BUT. Full stop. I don't yet know what I'll be using in fiction, so I'm keeping my notes and pics to myself. A person should be mindful of her priorities.

I will, however, tell you about a storybook my aunt has. You know I'm interested in fairytales, don't you? My blog is called Rapunzel's Hair--after the Grimms fairytale, not because I want anyone to climb up my hair.
My copy of Grimms was published in 1957 in Germany. It was a present from my grandfather who sent it to Canada so that I would read German. I read the German and picked up some odd life lessons. If a frog speaks and wants a kiss, it might be a prince. An old woman who mutters to herself might be a witch. Or she might be kindly and help you. No telling. 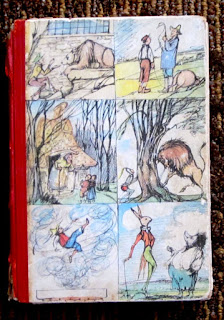 I loved--and still love--the ink illustrations. They were done by Fritz Fischer, who is not the same Fritz Fischer as the German WWI historian. His drawings are expressive, funny, scary.
Here is Rapunzel's sorceress stepmother climbing her hair. Remember the rhyme? Rapunzel, Rapunzel, Let down your hair, so that I may climb the golden stair. In German, Rapunzel only gets the command. Rapunzel, Rapunzel, lass dein Haar herunter."

Or how about Hansel and Gretel in front of the witch's house? Best illustration of a candy and sugar house I've ever seen. Those creepy trees hovering around it. 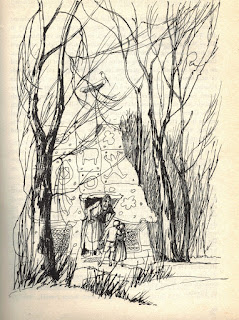 My aunt has a book of fairytales that beats my book for scary illustrations hands down. The stories come from Perrault, a French writer who collected and published the stories in 1697, more than a hundred years before the brothers Grimm, but who never became known as well as they did.
In the 19th century Gustave Doré did engravings to illustrate some of Perreault's tales. This book, published in 1870, is what my aunt has. 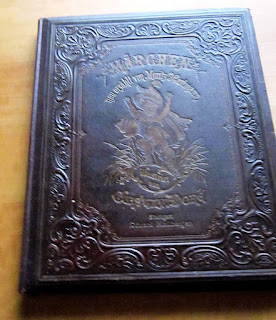 The first letter of the first chapter of a story is decorated as an inhabited initial--a term I'd never heard before and makes we want to start doodling. 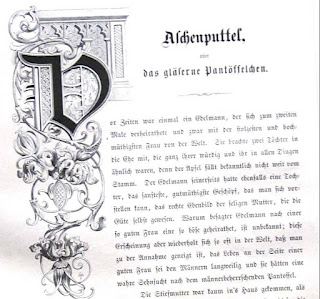 Here are two engravings from the book: 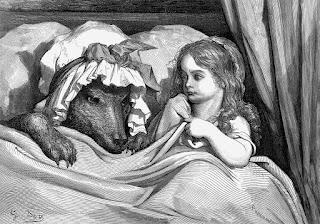 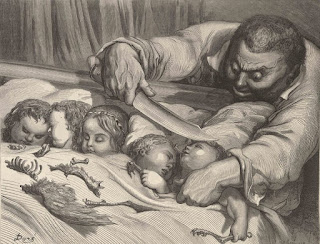 When this book was first published, Gustave Doré was criticized for the horror and lewdness of his illustrations, but isn't that what fairy tales are all about? Take the worst of your nightmares--a wolf in sheep's clothing, a ogre hovering over your bed--look hard at it, shiver, and then phew! Close the book!