back home in the garden 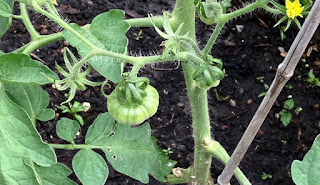 Some of you will know that R is cycling from Montreal to our house in the Gaspé. The trip is approx 800 k. Now, as I write, he has less than 100 k to go. He's been doing valiantly, because it's far and he's cycling into a headwind that gusts up to 35k according to the weather app--and his windburn. He also had a problem with a tire on the first day. He hasn't been able to replace it since bike repair shops are either out of stock or closed when he's cycling by. So he's cycling with a patched tire. Fingers crossed that it holds. I won't write about his trip here, because it's his story which he will tell himself when he gets back. 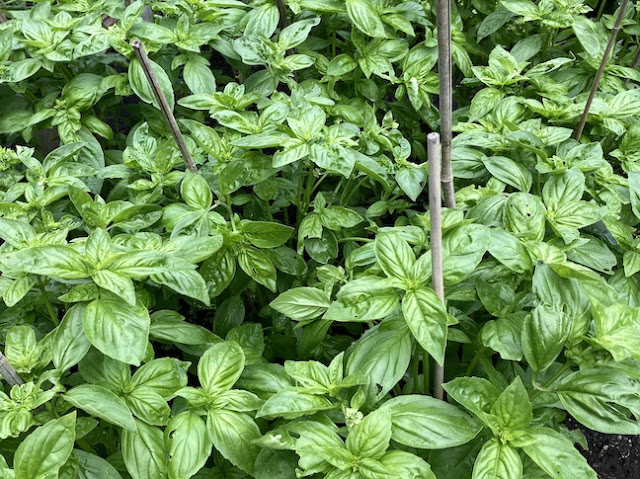 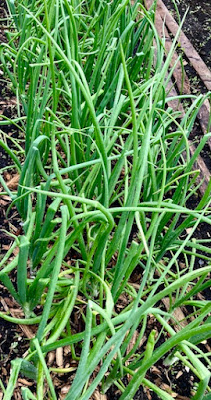 I've been at home working, having a private writer's retreat, doing whatever suits me. If I want eggs and toast for supper, but I had them last night, that's fine, I can. I am still getting out for walks but at erratic times.

It's also that time of year in the garden. I have basil ready to harvest which means making pesto. I saw bushes heavy with gooseberries yesterday when I was out walking and I'm wondering about getting some gooseberries at the market to make jam.

In the garden the tomatoes are only starting to pop fruit. The onions are twice as high as they were last year at this time. I have lots of hot peppers, a couple of different varieties.

For now, I long to get to back to writing... 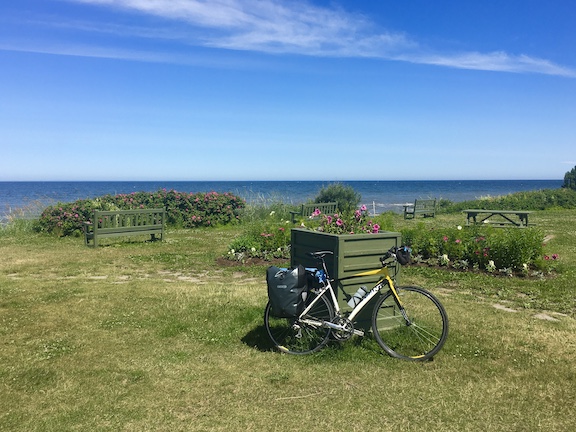