our house by the hills / gaspésie 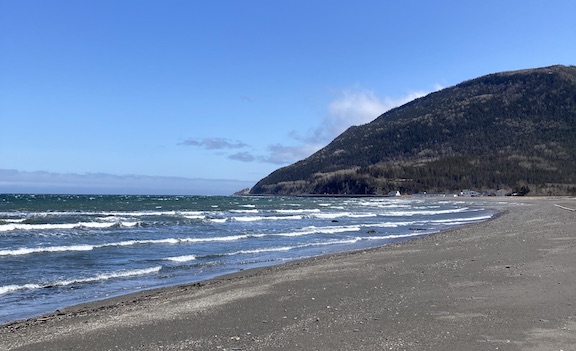 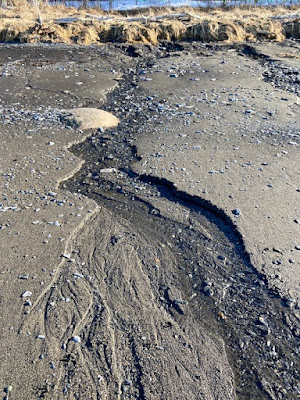 For weeks water dribbles and trickles, each rivulet meeting another, nosing, forking, gathering, skimming across tree roots, soaking spruce needles, seeking moose paths and human paths, tumbling over rocks, down down down the hills.

I call them hills because they no longer look like mountains. They are rounded and treed, and only 1,000 feet/300 metres high (some shorter, some higher). But they were mountains once upon a time. They're the tail end of the Appalachians--called the Chic Chocs here in the Gaspé--and 1000 feet makes for more snowmelt than most ordinary cellar drains can handle, and if you have a house in the path of the runoff washing down from the hills, it is wise to check that the drain is clear and the path to the ditch open. 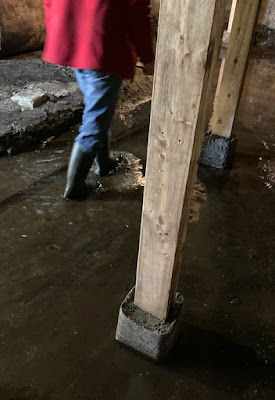 This bit of water actually isn't bad at all. We've arrived at the house when the drain was blocked and the water was higher than the rubber boots.

There is also the ongoing problem of a leak in the roof that R has several times tarred and patched, but once again this spring it has leaked. We have now arranged for the roof to be replaced. 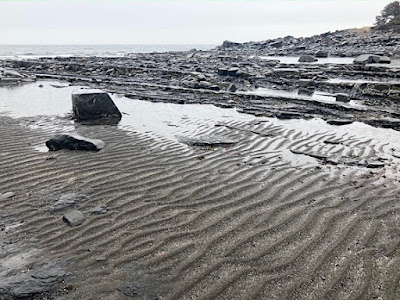 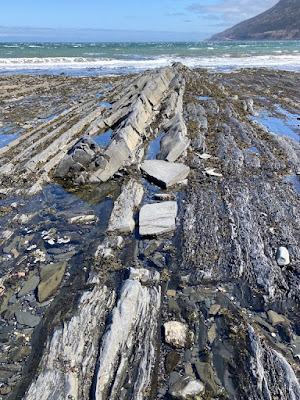 The roofer is a joker.

We get a certain amount of ribbing from the locals because we're city people. I don't mind. We called him because we've seen the roofs he's built.

A short trip – a maintenance trip – but we also had a few good walks along the shore and in the woods.

Already back in Montreal. 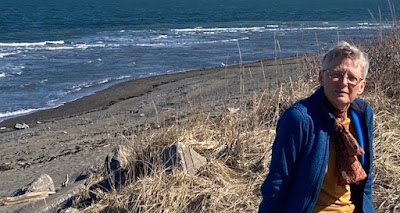 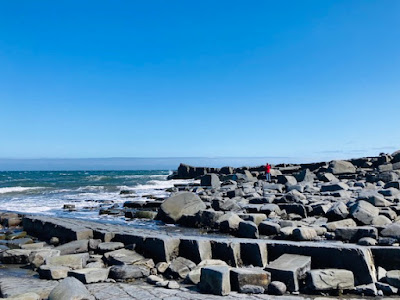