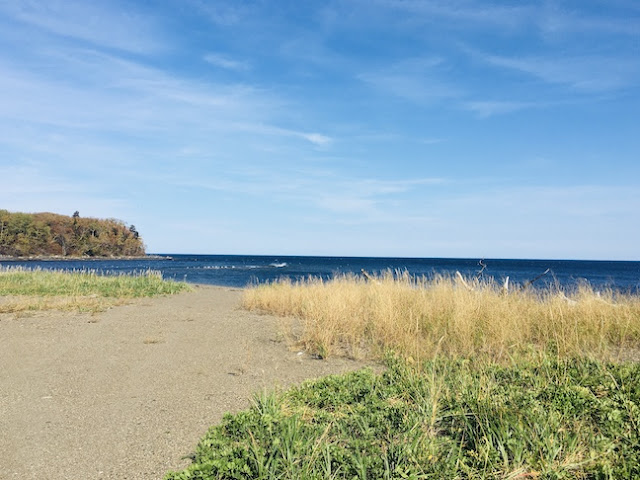 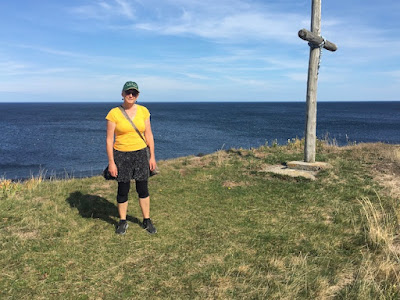 So much to see and smell and feel and taste and hear and delight in. The swoosh of the waves, the sea air, the changing colours, wet leaf mulch, the crunch of kelp. Hiking along the shore, hiking in the hills. Stooping to pick up stones and beach glass. Even when you're wearing socks and shoes, you go to bed with sand between your toes and in your hair. 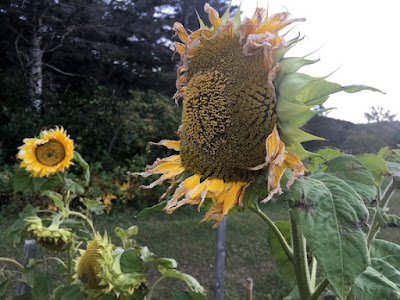 A hundred Canada Geese wheel from the sky to descend, exhausted from wherever they've flown from, still far to wherever they're going next. They land in a field of straw-yellow stubble. Black, white and gray against gold. Their long necks. 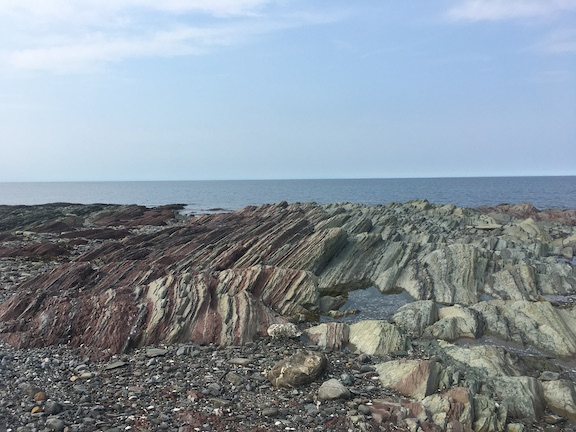 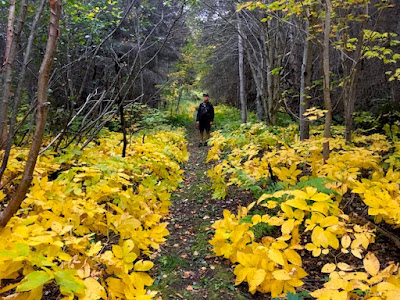 The full moon rising from behind the low mountains, between the tops of the spruce trees. The flat cloud that slices across its nose.

Pierre Paul, who cuts our grass when we're not there so that the house doesn't look bandoned, heading off down the highway on his red tractor. Red plaid shirt and red baseball cap, blue sea behind him. 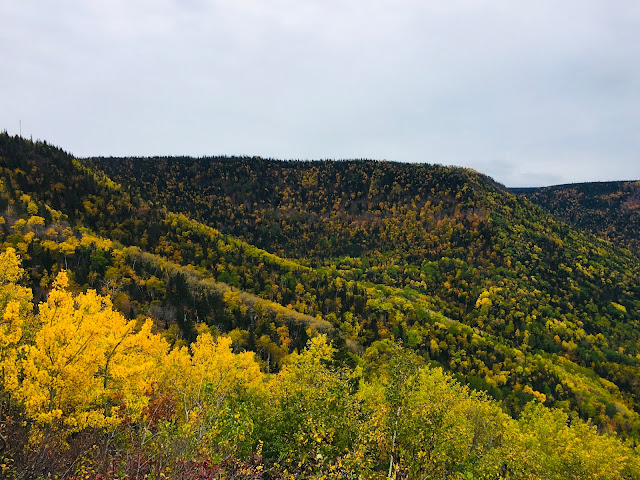 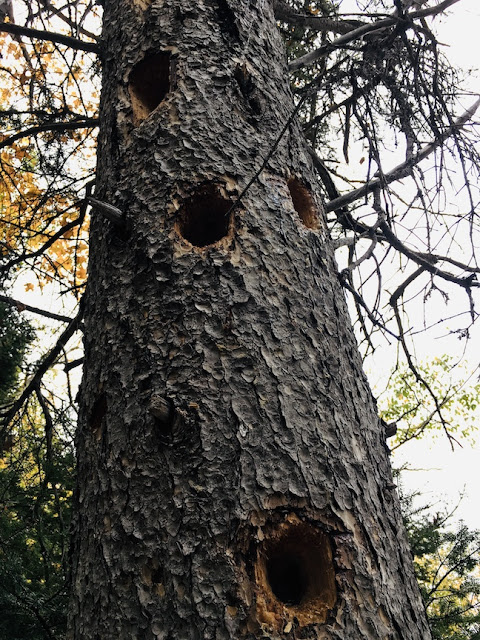 The statue of the Virgin Mary who used to stand with her arms spread as if to show off the roses planted  before her, but the bush has grown until all you can glimpse is the crown of her head and the tips of her fingers.

A new kind of gorse, springy and tufty, with tiny tiny tiny flowers that open when the sun shines. I stoop to the ground and see the intricately pleated lavender petals. The yellow pistils. 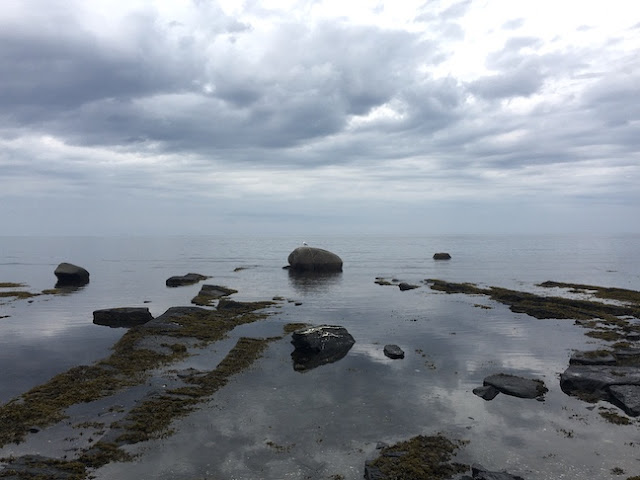 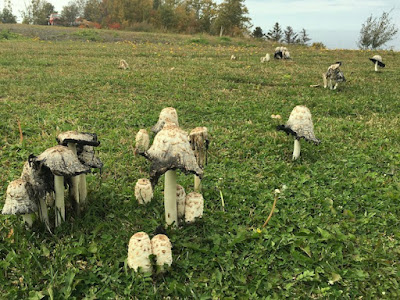 The sharp angle of autumn sunlight that cuts a boulder of granite, taller than I am, into a stark mask of light and shadow.

… So much that I didn't take pictures of except in my head. 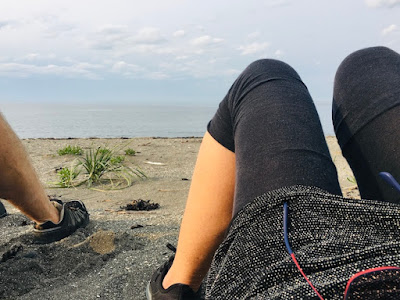