stump in the air 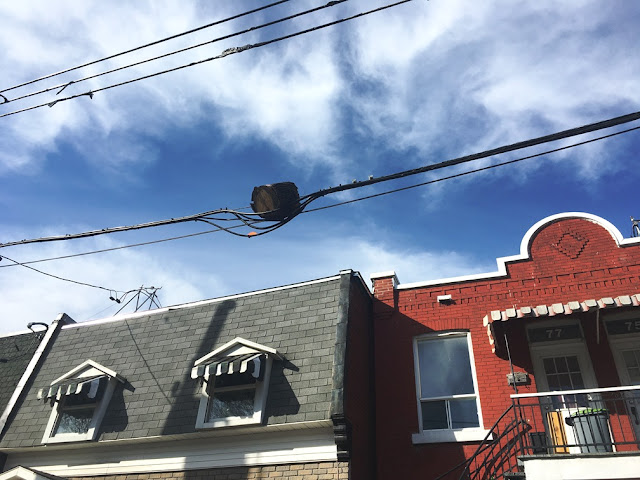 Once upon a time a tree grew into the wires overhead.

Or was there a tree already and wires were strung along the street anyhow?

The service people who install wires don't always exercise foresight. We moved into a house with a stone windowsill pulled a foot out of the brick wall by the weight of the telephone wires that had been hooked into it some years previously. R had to fight with Bell to get them to come remove the wires and reattach them appropriately. That was hard enough. They categorically refused to pay for the damages incurred. 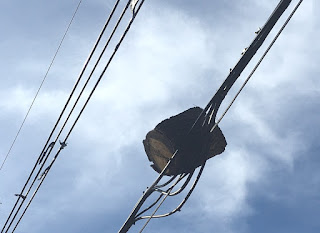 A tree is a tree and it keeps growing as trees do. At what point did the tangle of branches and wires become a problem?

Was it a problem? Clearly the wires continue to function even though they became surrounded by and embedded in the branch. And yet the tree was cut down.

I would love to have been party to the discussion as to decide what to do. 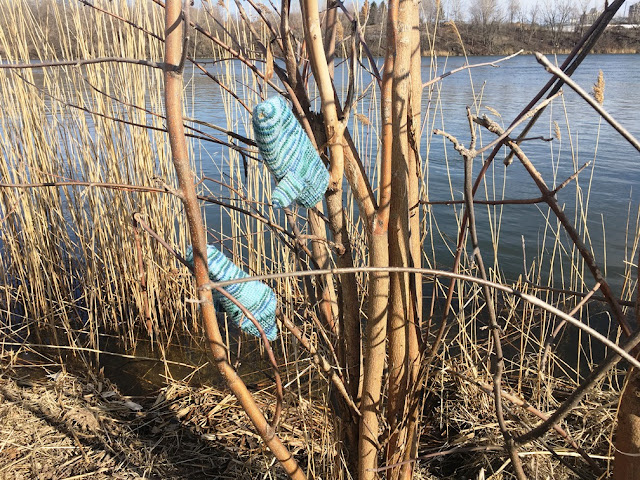