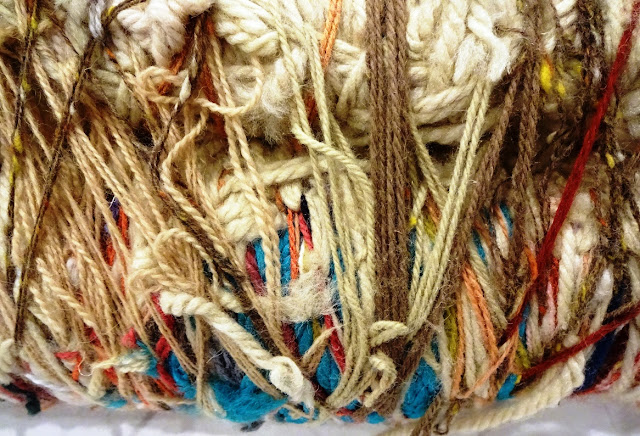 I have a long-term passion for fibre: what it's made from, how it's spun, dyed, woven, what's done with it, what can be done with it.
In another life, I'd have devoted myself to textiles entirely. In this life, I got waylaid by words, reading, languages, books, writing. No regrets.

The yarn detail above and the sculpture below by were made by the fibre artist, Judith Scott. I had read about her and then saw her work at the Oakville Galleries in Oakville, Ontario in 2016. Judith, in particular, interests me because of research I'm doing for a new novel. 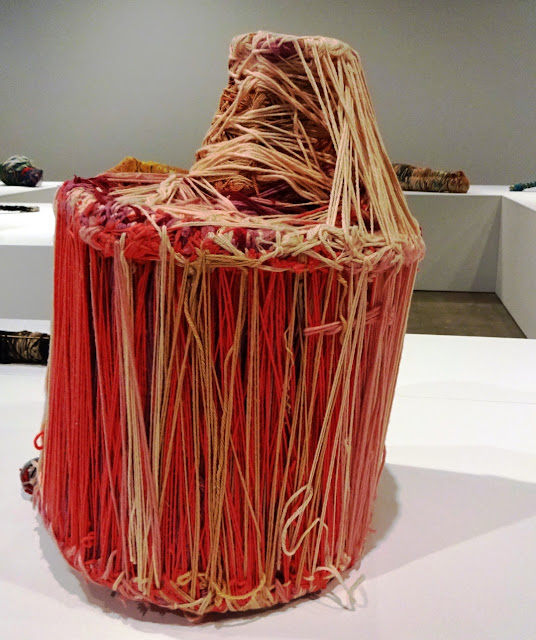 Ditto clothing by Jean-Paul Gaultier who designed the pink corset with the cone bra Madonna wore during her 1990 Blond Ambition tour. I'm lucky there was an exhibit of Gaultier's créations at the Musée des beaux arts in Montreal in 2011. I took LOTS of pictures. I mean... a dress with suction cup/button nipples and sequined pubic hair? Who wouldn't? 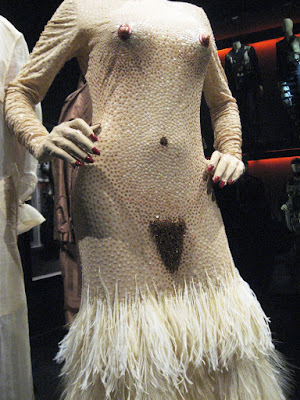 More recently I spent an entrancing afternoon at the Museo de Textil de Oaxaca in Mexico. They were hosting an exhibit of weaving that incorporated down from various indigenous birds. One doesn't usually think of feathers as yarn, but down has the flexibility to allow it be spun and twisted with another fibre such as cotton. 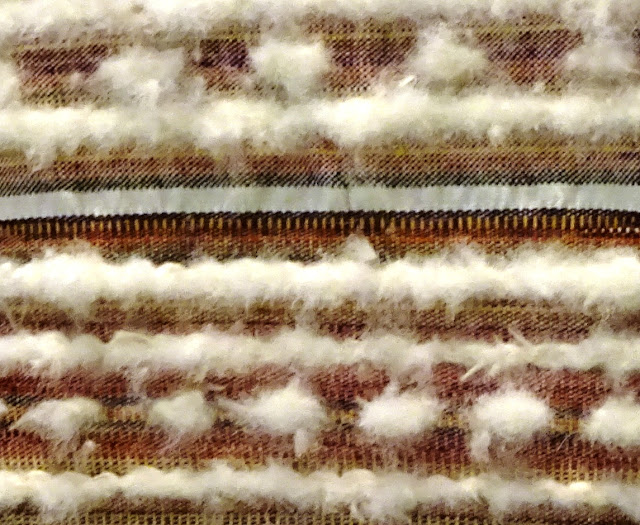 Plumed weaving is a technique that was almost lost. There are only six known pieces of weaving with down, all of them Mexican, dating from 300 years ago. Contemporary weavers have resurrected the process and I was astounded by the beauty of the hangings on display in the museum. The pieces were accompanied by an excellent video. A small but unique and well-curated exhibit. 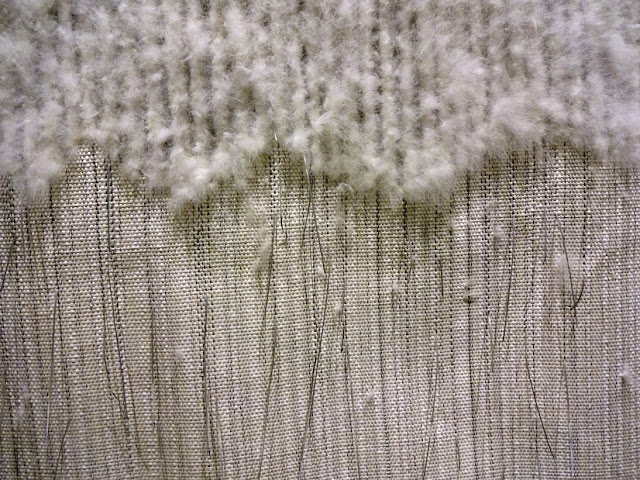 What I also appreciated about the exhibit was how the space was divided with textile walls. Fitting, no? 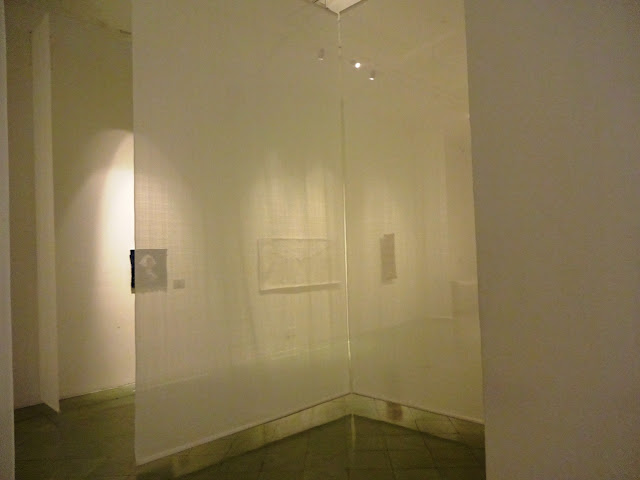 Did I mention that the fibre artist up top, Judith Scott, had Down Syndrome? It shouldn't matter when looking at her work, though it raises the interesting question about the relationship between intelligence and the making of art.