what's in an old dress? visiting a textile conservation lab in Vienna

I'm interested in the more modest register of clothes. Clothes show us how people from other times and places lived--as well as about voyages, war, and trade routes. After all, fabrics were brought from the Orient to Europe; lace from Belgium to Spain; bone buttons from Upper Canada to England. With each royal marriage between countries, new fashions were introduced at court, filtering down to the population. 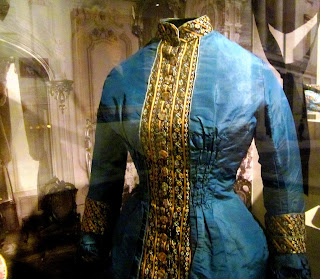 This dress is on display at the McCord Museum in Montreal. Its date is 1882. From its style and the fabric, a textile conservator can make an educated guess as to where it came from and the social status of the woman who wore it. Sure, she had status. Look at the gorgeous embroidered trim and matching shell buttons. The buttons are machine-made, which make me wonder how they're made and where they came from.

And underneath the dress, what did the woman wear? There's always the ubiquitous chemise, some variation of which women wore next to their skin for centuries. 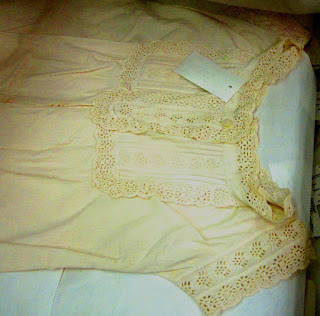 Bras as we know them, weren't worn until the 1900s. Before then, depending on the ideal silhouette of the time, breasts were either squished/half-supported with a corset, let hang, or engirdled. The medical debate about the necessity of strapping women into corsets to keep their innards in place is pretty funny. Yay for the good sense of the Rational Dress Society (1881) who opposed constricting corsets, unwieldy skirts, impossible heels. There's a history of feminism to be deduced from the changing line of the bodices of dresses.

In textile conservation, clothes are called costumes. That was the first thing I learned as I began to do research. The next is that there is nothing as damaging to textiles as sunlight--or light in general. And moths. Moths can do worse damage, but you might not have moths, whereas light is pervasive.

Before I went to Austria this past fall, I wrote some letters and was granted permission to visit the textile laboratory of the Institute of Conservation in Vienna, where several students explained their projects to me.

One object was a hat that looked like a 1960s bouffant hairstyle created with emerald green feathers. Imagine it. 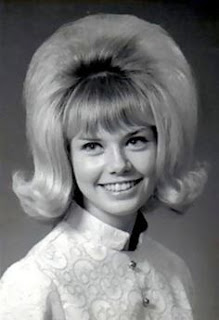 I assumed it was a woman's hat, but the student assured me it was for a man--in fact, for a military man. It was a ceremonial military hat worn in the early 1900s. She wasn't actually working on the feathers and the hat, which were in good condition, but the hat box. There had been a tear and she was dyeing swatches of canvas to try to match the colour to patch it. She had hotplates, scales, beakers, and pages of chemical equations to concoct the exact colour. 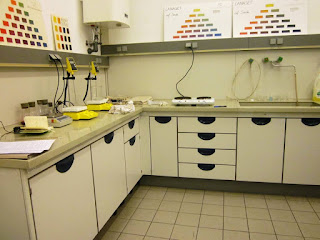 That evening, back at the hotel, still not understanding what this extravagantly green-feathered hat was supposed to look like, I did a search and found this photo of Kaiser Franz Josef. I suppose it's no more ridiculous than the guards' hats at Buckingham Palace. 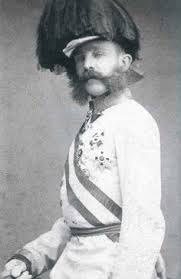 I mention moths above. One of the objects being worked on was a 15th-century saint's cassock that had been kept in a monastery where it was observed to have moth holes. Conservation had to wait until the church granted permission to open the reliquary in which the robe was tightly rolled. That's what that large wax seal is: permission granted.
Many photos had to be taken--and will be taken yet. Many, many, many. Documentation before, during, every step of the way. So many photos that the robe wasn't even ready to be unrolled yet while I was there. However, I was there when the string was cut and the rolled cassock was very carefully lifted out. 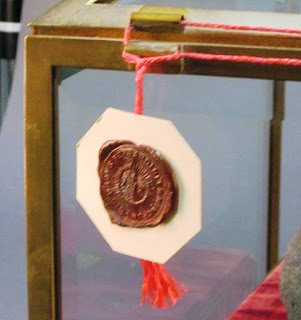 Again, I had to wait to get back to the hotel that evening to see who this St. Joannis a Capistrano was: the patron saint of Hungary, as well as of soldiers and lawyers.
I don't know my saints, but the name nagged at me until I did more research and found out that there are Spanish mission houses in the US named after him too. We visited one when we were in Texas in 2008. 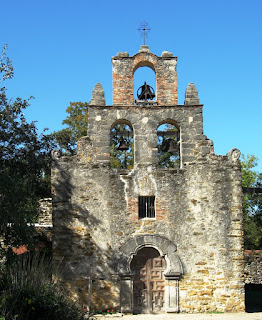 I attach no significance to the coincidence, but I'm always tickled when life throws one at me.

There were a few interesting objects under treatment in the textile lab. I took copious notes and am thinking of how I want to incorporate what I've learned in this next novel I'm working on. I'll probably only use a small fraction, but who knows where else the research might lead?

I wasn't supposed to take pics of the objects but here's one I must have snapped accidentally.

I shouldn't say what it is... but it belonged to a woman who was related to Marie Antoinette. The dress didn't interest me as much as the flower decorations along the longer piece. They're made of knotted threads. The conservation student was trying to make some herself but had so far only succeeding in tangling the knots. I'm thinking only a child's fingers could have done work that fine. A child living in the 1700s, crouched on a stool, having to work by candlelight.