other fun things I did in Austria 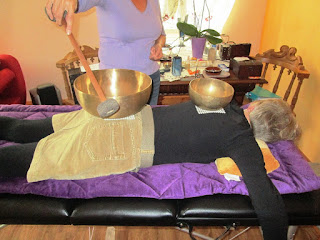 In German this is called Klangschalentherapie. It's a Tibetan method of sending reverberations through the body. My cousin wanted to try it on my heart which doesn't always beat with a regular rhythm. R was concerned that putting the brass bowl directly on my chest might have too strong an effect, so she did it on my back. It felt interesting. Body as an echo chamber On my bum... well... there was too much adipose tissue for the reverberations to get very far.

We also visited a castle. I was asked not to say the name since it's not open to the public. It was built in the 15th century on the site of a 12th-century castle that was destroyed by invading Turks. No one lives there now, though I'm guessing it was inhabited up till the 1920s. There were still balls in the pockets of the dusty billiard table. 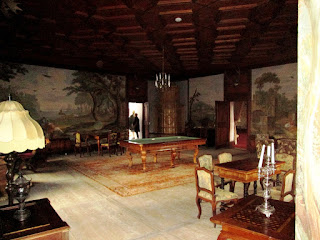 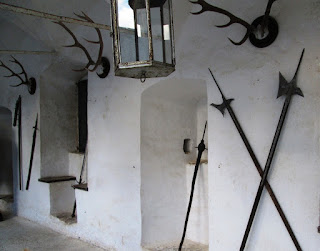 We visited my aunt who doesn't live in a castle, though it's still quite the house with marble floors and impressive details. Here is what you see when you walk in. 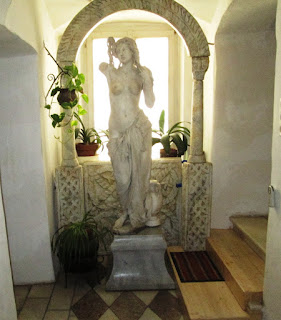 Here's the door to the kitchen. Fresco painting and gold leaf. 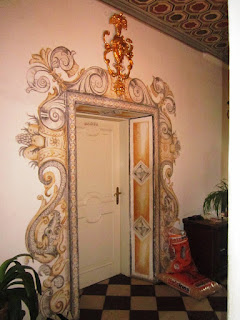 With a house of this pedigree, of course there's a ghost. R expected her to visit him since she did last time we were here. But she stayed on her side of the grille where she lived before she became a ghost. 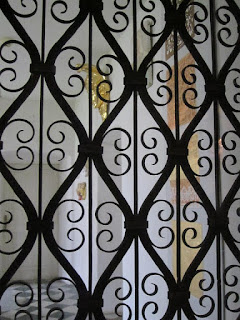 Another aunt decorates cakes when someone special has a birthday. This one's for her granddaughter. The butterflies, flowers, and horn of plenty are marzipan. The Smarties are Smarties. 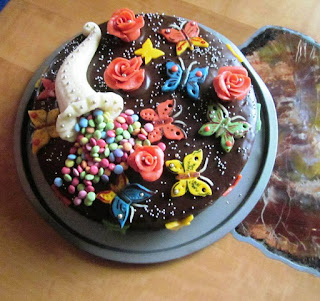 It wasn't my birthday while we were there, so I don't know if I'm special enough to warrant a cake. However, when we were last there, she gold-leafed a rock for R on his birthday. 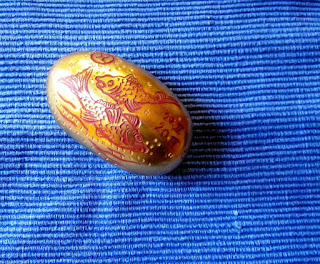 I took endless pictures of this milky green river that runs past the villages and town where different members of my family live. My camera never did get the exact shade of milky green just right. 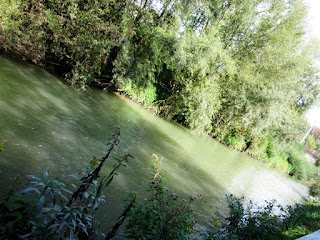 And clouds. They look so different when they billow around mountains. Though they, too, elude my cheap camera. 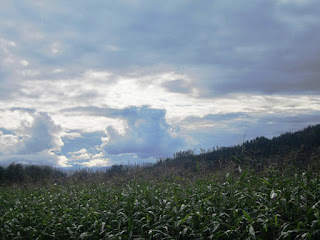 You bet, we sampled Austrian food. Here I'm sprinkling lemon on my Wiener Schnitzel which was excellent. R ordered a selection of stuffed dumplings which were also very tasty. 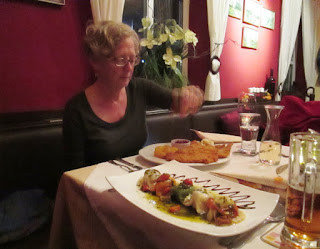 And I can never resist a yellow door. Especially on an old house. 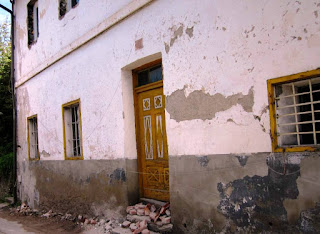