I was in Toronto a couple of weekends ago and spent a day with my friend Randi who plays ukulele. She had a gig coming up and her uke was sick. Something to do with the tuning pegs. 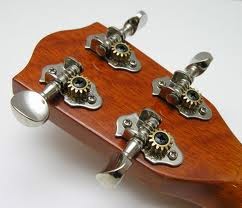 I am not at all musical, but even I know where to find the tuning pegs on an instrument. Randi had called the amazing ukulele doctor who, like any good doctor, didn't want to give a diagnosis over the phone. She asked if would mind coming with her to the Twelfth Fret and off we went--and wow, were there ever instruments! 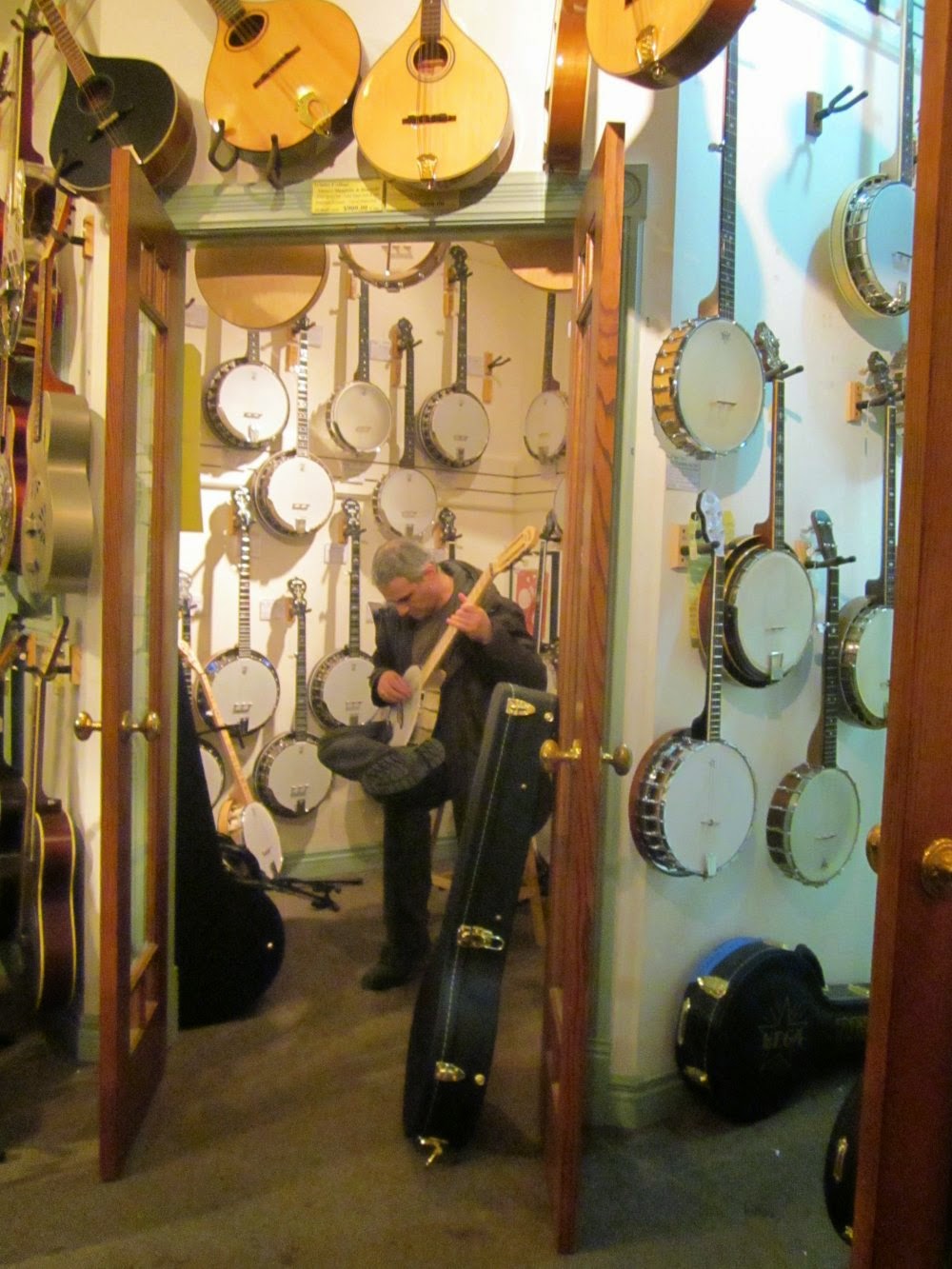 I wish you could hear the sound. There were several of these small rooms off the main aisle where different musicians were noodling and twanging strings.
There were some younger people, but I noticed a wealth of grey and white hair. 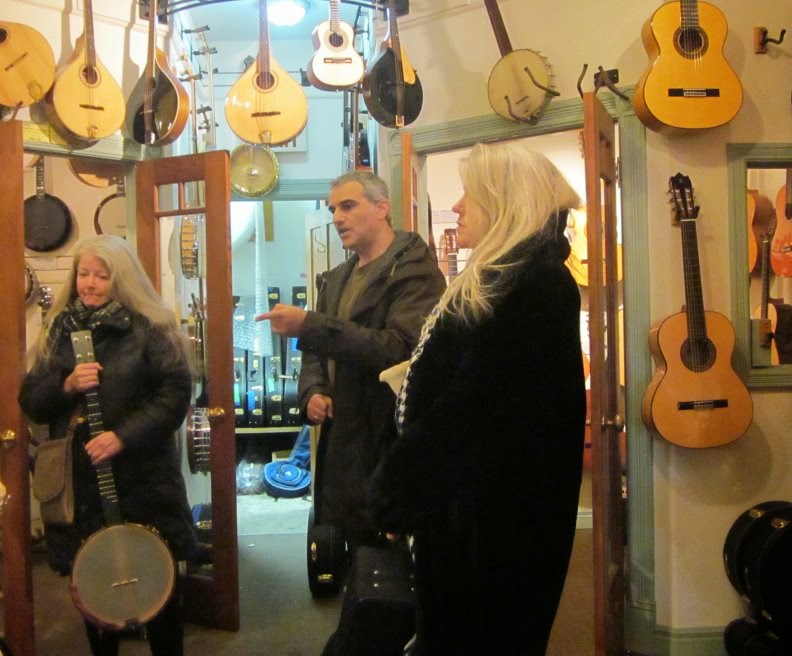 There's Randi waiting for the doctor to look at her uke, but the woman with banjo was there first. The guy in the middle is just some guy with opinions. The women aren't listening.
Here's the doctor. 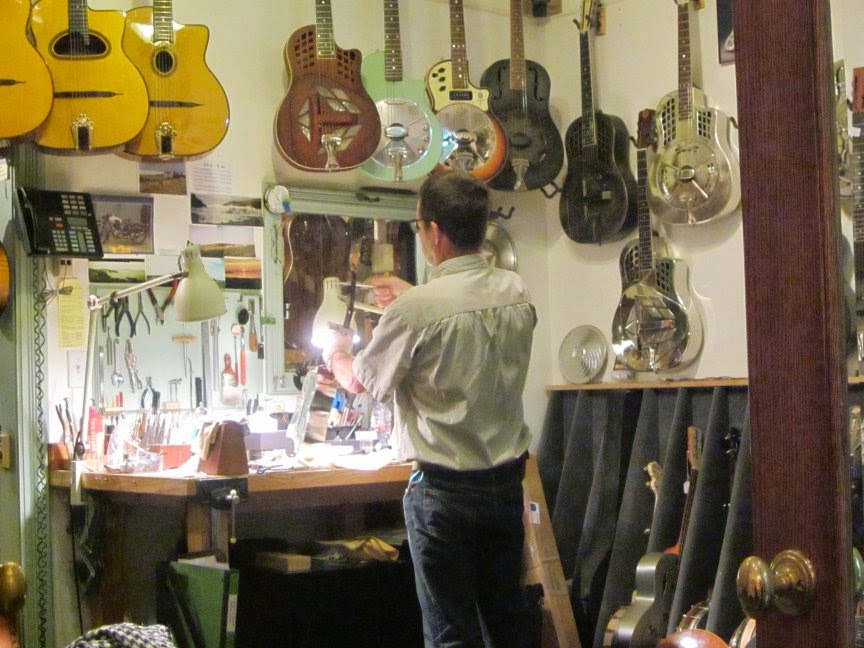 I took closeups of his hands because I loved how he used his tools, but those pictures are blurry. He was moving so fast--though slowly, too, because we waited for a couple of hours for him to fix all that was wrong. Not just the tuning pegs.
We left the store at one point to go have a coffee and ended up at the Viking Bakery--the only Icelandic bakery in Toronto. I'm pretty sure it's the only one because the Icelandic community in Toronto only numbers about 100. So the baker told us. Randi wondered why he'd decided to open a bakery at the Woodbine subway in Toronto. He said a woman who used to make wedding cakes had owned the bakery before him. I guess the rationale was that people in the area who used to come to the store for their wedding cakes might step in and have an Icelandic trapezoid. ?? 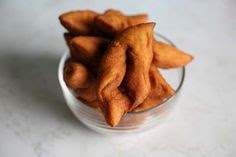 He was friendly and if you find yourself far east in Toronto at the Woodbine subway, you should visit the Viking Bakery. One big drawing card would be the biscuit clock. 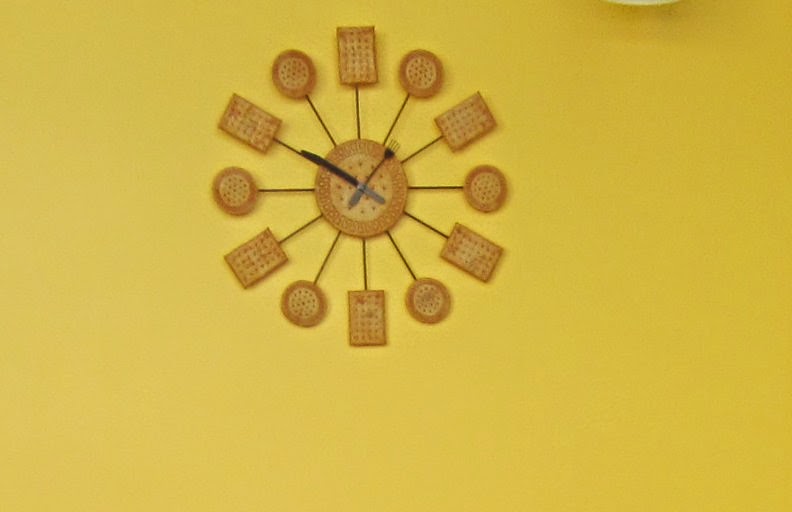 We returned to the Twelfth Fret and waited for the Ukulele Doctor to finish. 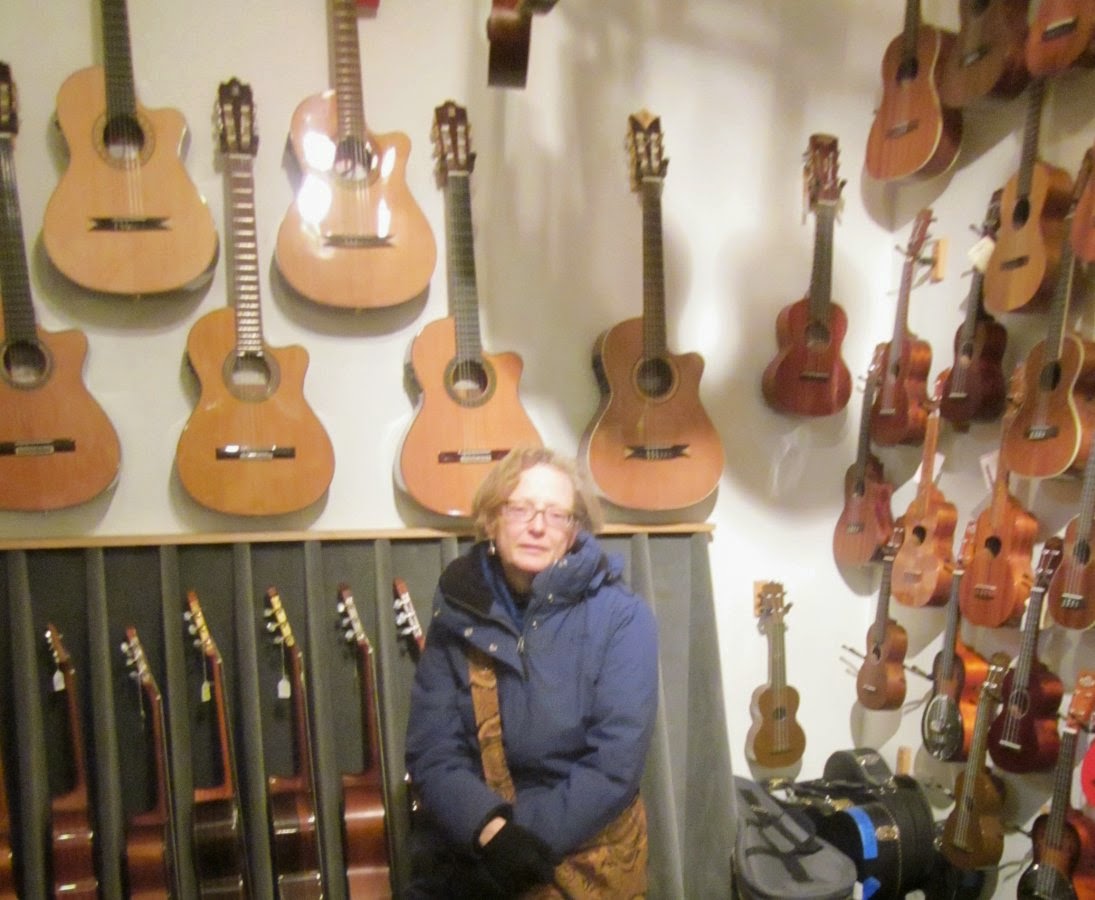