The weather was grand this weekend and we decided to go cycling.
In Montreal you don't have to leave the city to cycle next to water and trees--and if you take the Lachine Canal path, even some industrial history. The narrow trail here is for pedestrians. The bike path is to the left. 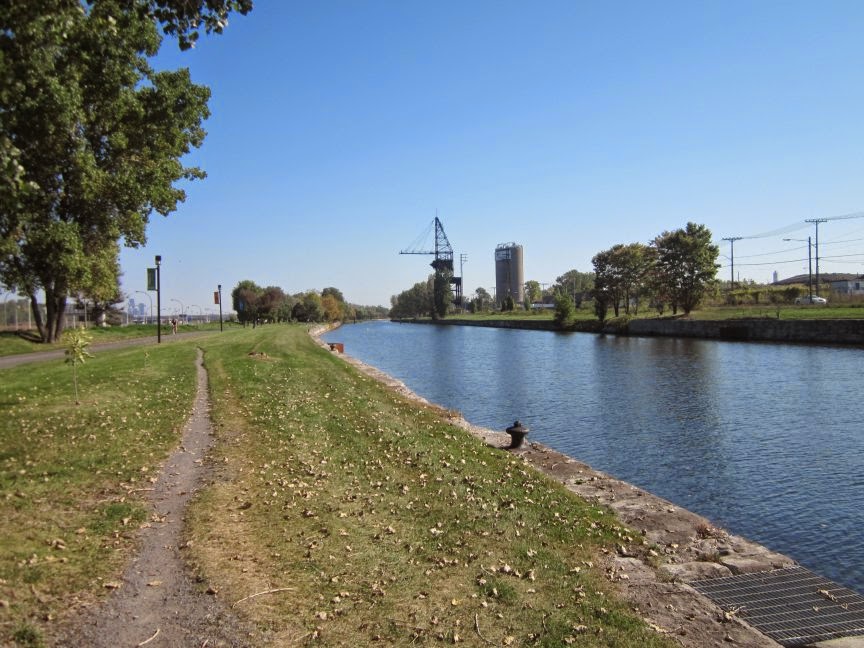 The Lachine Canal was dug in the 1800s to bypass the rapids in the St. Lawrence River, thereby opening the interior of North America to commerce and manufacturing.

Here's a picture I took of Canada Malting last November. The complex has been abandoned since 1989. As a footnote, I became curious about the shiny surface of the silos. They're covered in glazed ceramic tiles which kept the temperature lower for grain storage. The silos are a rare example of this method of insulation. Not rare enough, though, to have kept the factories from being abandoned or, like the Redpath Sugar Refinery farther along the canal to the east, to convert them to luxury condos. 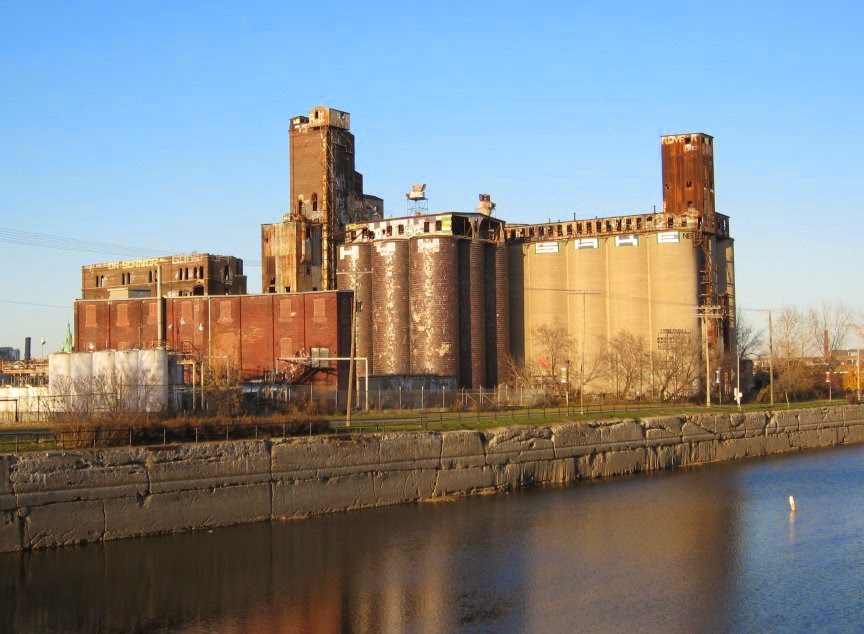 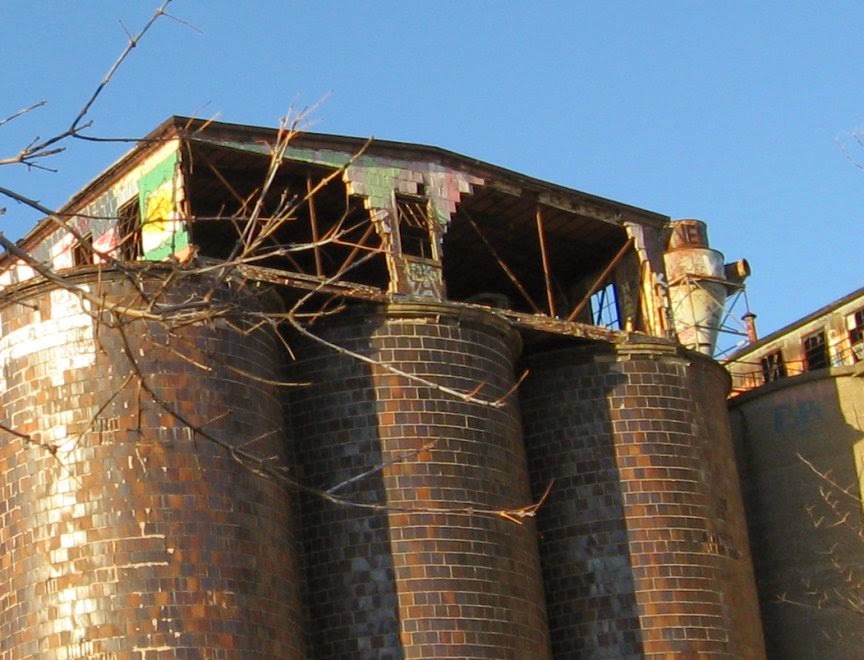 If you cycle to the end of the canal, you come to the wide open river. 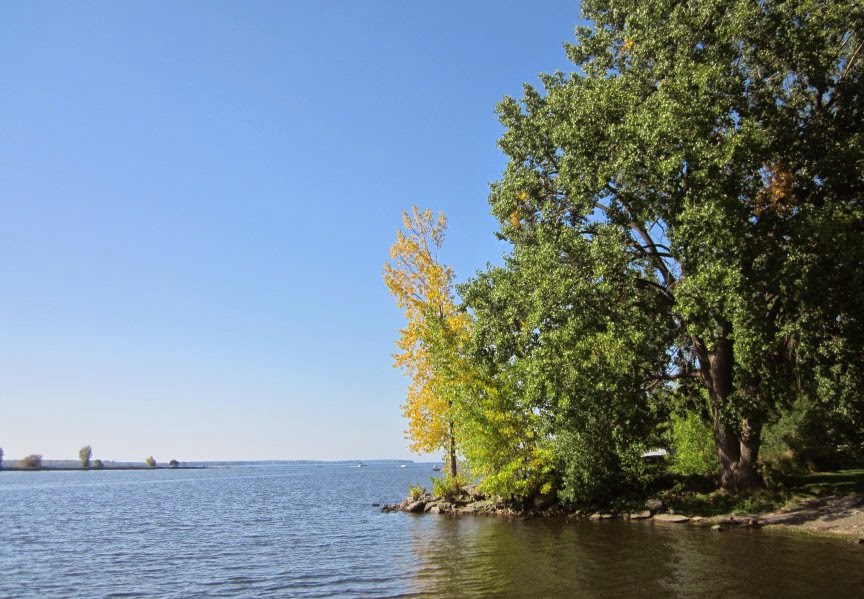 From my place, that's about 15 k, at which point you may feel you deserve a treat. 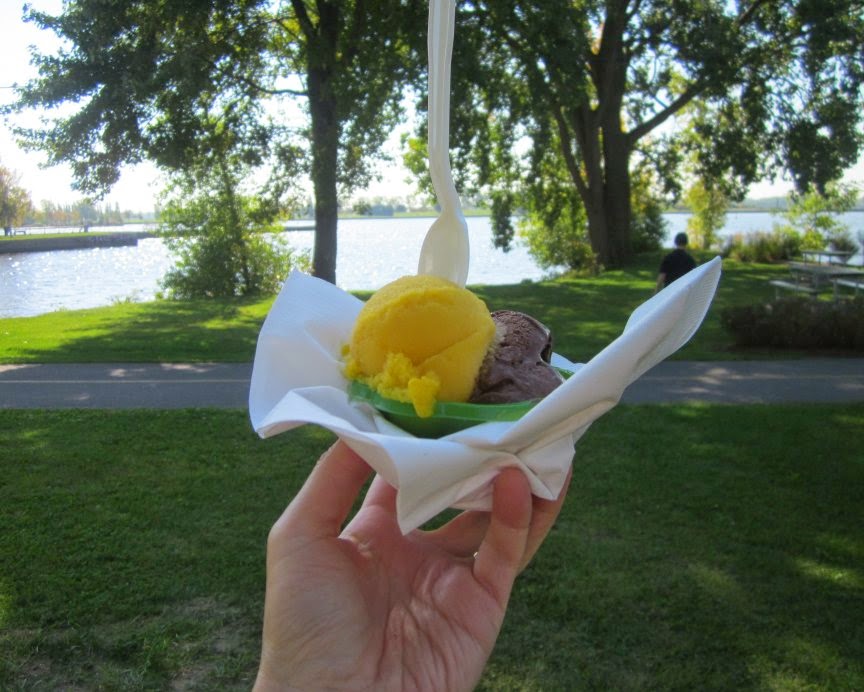 From here you can hook up to the river path and head back toward the city. After about 8 k, if you squint down the river, you might just make out a downtown skyscraper. The other bumps are small islands with trees. 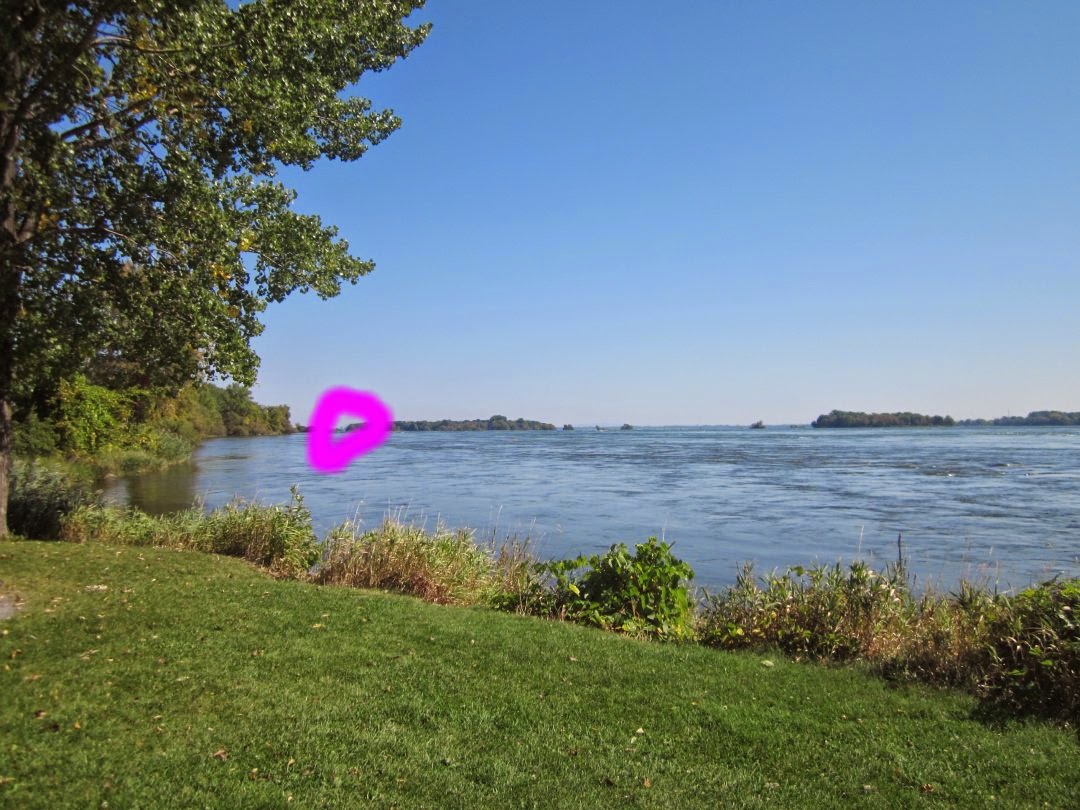 Usually when I do this trip, I go with my all-time favourite cycling buddy. 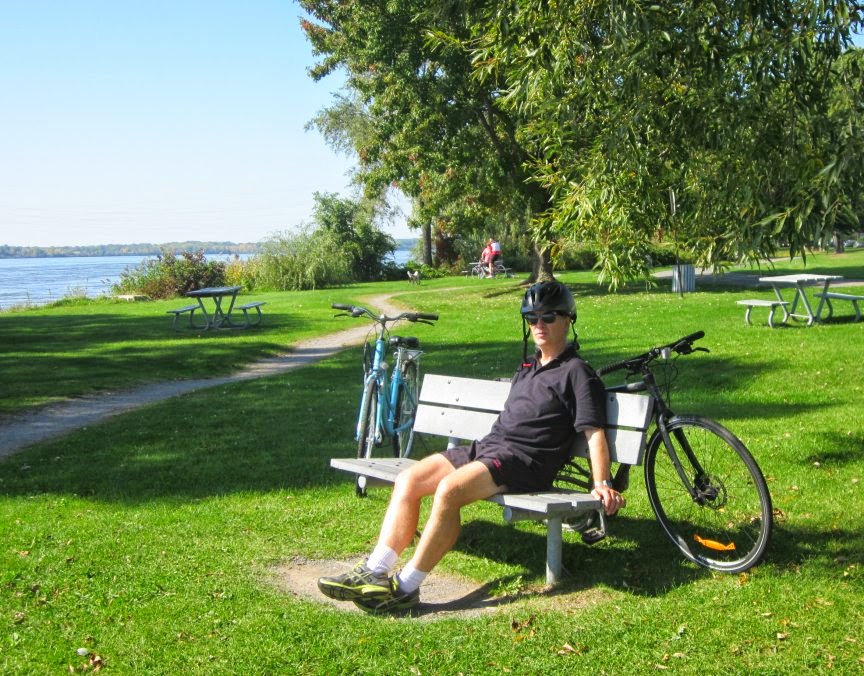 He toodles along ahead or behind or beside me. Throughout the week he cycles to work--from river level to the top of Mount Royal. The climb is 200 m or 650 ft. When he cycles with me, he doesn't even break a sweat--and I exude enough salt to rival a kosher pickle.
When we get home, he goes for a jog. I rest.
Posted by Alice at 8:23 PM