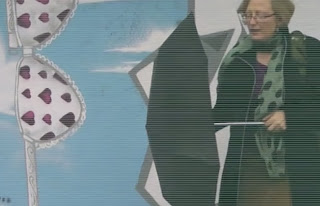 Elise Moser and Leila Marshy have organized a series of videos of Montreal writers reading in their neighbourhoods. There are a few us in the Pointe, so I feel especially lucky to have been chosen. Perhaps the project will continue? There are so many writers in Montreal. The other videos can be found on the Montreal online arts and cultural magazine, The Rover.
Posted by Alice at 12:36 PM