The other day I wondered if calling someone niggardly would be perceived as racist.
The word means small-minded, petty, begrudging--qualities in no way specific to culture or skin colour. But was it possible that at some point in history people who were called Negroes were thought to be small-minded, petty, and begrudging? Ergo the adjective niggardly?
The words are spelled differently enough that I wouldn't think so, but English is such a crazy language that one never knows. Look at the words cough and though. They look the same but aren't pronounced the same. Or through and threw. They don't look the same but they rhyme. (Those are the standard examples I use when someone tells me French is a difficult language to learn whereas English is easy. I point out that French has many rules whereas English is a medley of exceptions. Personally, I think it's easier to learn rules and proceed from there than to have to question myriad individual instances.)
I took my question about niggardly to my all-time favourite source, a dictionary with etymological references. The first recorded appearance of niggard comes with Chaucer (ca 1380) who wrote: "A ful gret fool is he is wis / That bothe riche and nygard is." The word's origin is uncertain, but might come from the Old Norse hnoggr which means miserly.
The word Negro does not appear until the mid 16th century. It was borrowed from the Spanish and Portuguese who got it from the Latin niger which means black.
Niggard predates Negro. The words have different roots and meanings. Yet internet discussions warn against using niggardly since your listener or reader might think it's a slur.
By the by, I agree with Chaucer. I am not rich but will happily share my pennies with you. 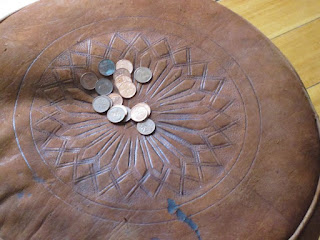